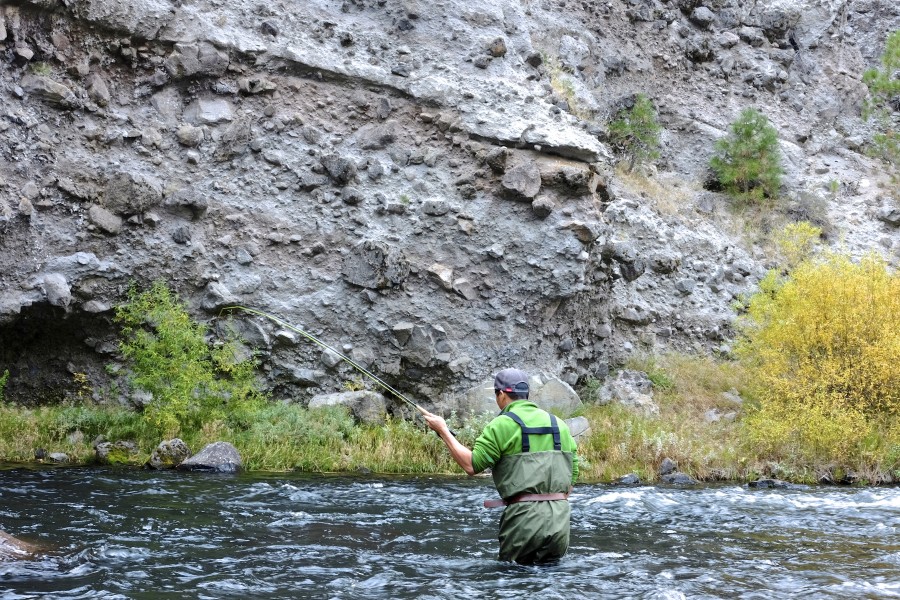 It is fall in the Tahoe basin. This means cold nights and warm days, or the typical “Indian Summer” weather pattern that we seem to experience every year. Several river clean-ups have taken place which I love to see. A big thank you to all those that pitched in.  The Truckee River right now as I write this is on the cusp of what most would consider to be fishable. The water is cooling down but there still isn’t a lot of water volume. Make your own choice on whether to fish it or not, but keep in mind the long term health of the fishery no matter what you decide. Let’s briefly talk about some details.

Fish are in really great shape, and pressure is light. There are not very many places in California that have fish the size that we do out on the LT. It’s a real gem of a tailwater, and fall is likely the best time to fish it. Fall hatches include Baetis, or small blue wing olives, Psuedo’s, think very, very small blue wing olives, and caddis. The caddis are small, but sometimes fish will key in on them. There have been some browns pushing out of lake and making their annual spawning run up the river. Kokanee also make the push out of Boca. Flows were down for the enhancement/ restoration project at 16 cfs, then came up for a week to 115 cfs, and are now at 45 cfs. The dry fly fishing should start getting really good as we get into October.

After a very rough summer of low water levels on the Truckee River flows are at about the same as they were this time last year. Not ideal, but fishable in stretches and cooling down. The water in the Truckee River right now is coming out of Donner Lake (57 cfs) with no water coming out of Boca. The river between Donner Creek, and the inflow of the Little Truckee RIver at Boca has not seen much of any water in months. I took a walk up along the there the other day, it is low, but it is annually low like that every season during this time of year. I did not fish it, so I have no idea the state/ condition of the river along there. Let’s hope for the best up along the ‘Shire.

The Truckee River is right around 75 cfs in Hirschdale and about 85 cfs near Farad. TMWA is draining Independence Lake as well as Donner right now. There is 60 cfs going into Stampede. Hopefully that water will come down into Boca and be released into the Truckee River. If we see the river flowing around 100 cfs in Hirschdale, then you’ll probably hear a more upbeat fishing report from me.

The river is suffering badly from the lack of flows and drought. It is not advised to fish the river below Verdi until flows come up. 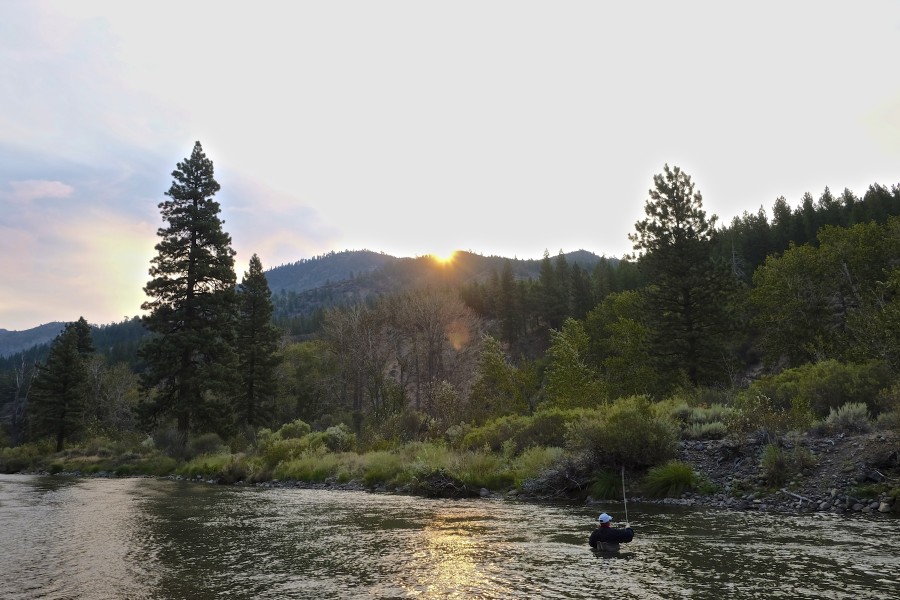 Pyramid Lake in Nevada opens October 1st. Some significant changes have been made to Pyramid Lake regulations this year. Based on the same weather pattern as we had last year, it should fish much the same on this year’s opener. High pressure is in place and it doesn’t look like it will budge anytime soon. High pressure is always in place September in Reno/Tahoe. I imagine surface temps will be up well into the 60’s, keeping the fish down in the thermocline looking for water that is 58-59 degrees. That should be anywhere from 30-50 feet, and maybe even deeper.

What does that mean for the opener if you’re a fly angler? It means that you need to get the bugs down, and you need some kind of boat, or float tube. You will need to fish Tui-Chub pattens. We vertical jig with our Rio Outbounds, type 6, 330 grains, right from the boat. Retrieve your baitfish files straight up and hold on.

During the early season (October), the water cools and the bait balls are close to shore bringing the cutthroat within striking distance of the fly angler. Some beaches have more Tui-Chub than others. If you can find the bait balls, you will find the fish. A lot of folks like to fish the deeper drop-off beaches early in the year. It will be crowded on the opener. If you are launching a boat, be prepared to be there a while.

I will be at the Reno Fly Shop in Reno taking about early-season Pyramid Lake strategies, rigs, gear, tying flies, on Wednesday, September 23rd. If you can’t make it, Doug O. and I will be doing two seperate clinic dates on October 31st, and November 14th. These are comprehensive clinics, covering everything you will need to know to successfully fish the lake.

See you out there!
Matt “Gilligan” Koles
Gilligan’s Guide Service

Gilligan brings to the river over 25 years of experience fishing and tying flies for Truckee River trout. Gilligan’s Guide Service runs trips year round on the Truckee River in California and Nevada, West and East of Reno, the Little Truckee River, and to Pyramid Lake in Nevada, home of some of the biggest freshwater trout in the world. If you spend time with Gilligan, be prepared to learn a lot and bring a snack for his guard dog Elliot. 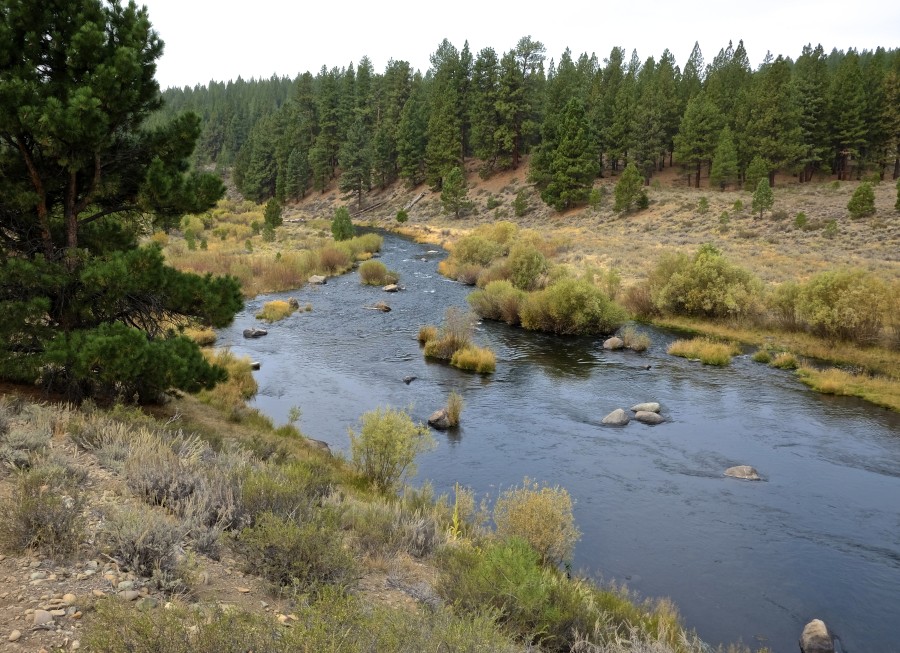