This is the first in a mini-series of guest blogs coming from respected and experienced local river enthusiasts.  Our hope is that these insights would be helpful in not just informing the public but also reminding all of us to protect the treasure that is the Truckee River.

Current State of the Truckee

This is is the third (or is it fourth?) year of a drought being experienced here in the Western United states.  Last year was among the three worst years for precipitation since we started tracking it in 1895 and — despite better than average precipitation this year– the Sierras experienced the lowest measured snowpack since 1950. To obtain a further sense of severity, consider that the US Department of Agriculture has declared all counties in both Nevada and California to be in a Drought Emergency, the Governor of California has declared a state of emergency and has mandated a 25% water reduction, and our primary water supplier here in Washoe county (TMWA) will be tapping into drought reserves that haven’t been utilized in 20 years.  And, as most of you know, the majority of our water comes from our beloved fishery: the Truckee river.

To put it very simply:  the Truckee river, as a fishery, is in trouble.  Last year the river got down to dismal levels of flow during the hottest months of the year (In Reno we saw 14 cfs in a river that normally runs 200-500 cfs during the same time period) and this summer will bring similar conditions.  In “normal” years the Truckee river is supplied with ample water for recreation, domestic, and agricultural use from Boca Reservoir, Stampede Reservoir, and storage in Lake Tahoe.  The last I checked, Boca is at about 15% of capacity, Stampede is just over 13%, and the California Department of Fish & Game partnered with Trout Unlimited Truckee 103 to relocate the famous fanny bridge trout since water is no longer available from Lake Tahoe.

All that to say we are already seeing extremely low flows on the Truckee river and should expect it to continue (and worsen) throughout the summer.  If there is any upside to this, it’s that the Truckee Meadows Water Authority (TMWA) has been conservative in their drought preparation with 9 years of drought reserves in several reservoirs and underground reserves.  That said, it is my understanding that TMWA will release water from their drought reserves for domestic, agricultural, and industrial uses (including supplying their own power generation plants) but there is no guarantee that recreation or wildlife will be considered in these releases.

So What Can We Do?

Last year the fishing community and river users showed unprecedented support for a voluntary hoot owl closure on the Truckee river.  This year it is imperative we do the same.Read more

Send In Your Pictures

by Donald Zimmerman on November 14, 2014 in Conservation Tips • 0 Comments

Photo courtesy of the Nevada Department of Wildlife

We’d love to keep updated information about the river conditions.  If you take pictures of any stretch of the Truckee River, send your pictures in over at the contact page. We’ll post them here for all to see what’s going on, and not just hear about it.

We’re hoping to see some precipitation in the next week.  In the mean time, hike the river with a garbage bag and make a dent in pushing back years of abuse.  Thank you to those of you who have already chipped in.  Your time hauling out plastic means more than any blog post or trophy shot.  See you out there!

Water temps are up on the Truckee River 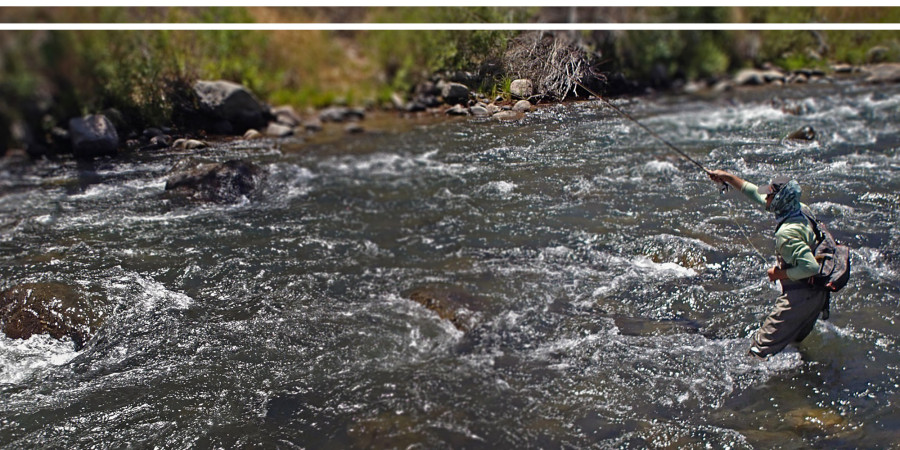 Everyone who lives near the Truckee River knows water is down and temps are up.  So what?

Well, the word is out that the ol’ watermaster will be dropping flows on the Truckee River real soon.  The wildlife of the Truckee are a hardy bunch, but flows below 100 CFS as expected will be devastating for the trout.

We’re asking that all you who fish the river would join us in a voluntary “Hoot Owl Closure”.  For the months of July and August, get off the river before noon strikes, and avoid fishing in the afternoons and evenings.  The collective effort of even 100 of us banding together to protect the  treasure we have in our backyard can make a huge difference.  Watch this video for more information.

A Proposed Hoot Owl Closure on the Truckee River from Catch, Snap, & Release on Vimeo.

Will you join us?
Tell the world you’ll support the trout of the Truckee River by simply commenting here, and we’ll shoot you a free TRK bumper sticker and put you in the monthly drawing for a free hat.